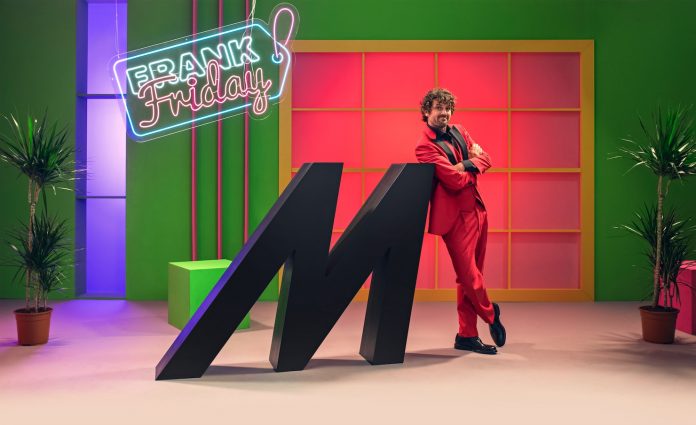 MediaWorld’s Black Friday 2022 is back with a real, truly real, real but truly incredible omni-channel campaign created by the Armando Testa Group!

It doesn’t matter what the brand or what the product is: in November everyone has their own Black Friday. A whole month in which anything – absolutely anything – can become a bargain. But not all offers are the same, and MediaWorld knows something about that, it’s the leading brand in the hi-tech retail sector.

And it’s precisely on this simple observation that the concept of the MediaWorld campaign is based: it’s the only one that has the real, true, true but truly true Black Friday.

The Armando Testa Group, which is managing the brand communication in 2022 too, illustrates this concept with a heavy dose of irony for MediaWorld’s most important promo of the year, alongside the iconic M there’s an exceptional testimonial: Frank Matano, talented comic and entertainer who enjoys huge popularity across all media, from the most traditional TVCs to social media.

Frank is the host of Frank Friday, a goofy Black Friday with nonsensical offers. It will be our M, now an icon of brand expertise, that bursts onto the scene in an explosive way to show us the real, true, true but truly true Black Friday offers. Frank Friday was conceived as a real creative platform developed to the max, not just regarding creativity but also media. Indeed, the campaign has been enhanced with one-to-one consultancy with Youtube, Meta and Tik Tok, making it truly omni-channel.

The Armando Testa Group also managed the digital and social media communication, developing purpose designed creativity: Youtube, Spotify, Meta and Tik Tok will feature a series of original and native digital contents, that allow the public to get deeper into the campaign and interact with the Frank Friday!

The campaign was produced by AT Studios.

The true, true, true but truly true MediaWorld Black Friday will be on air throughout November on the main television and radio stations, covering the entire day and in particular prime time (regarding TV) and the drive time (as far as the radio is concerned). The TV ads will be 15″, while the radio ones will be 20″.