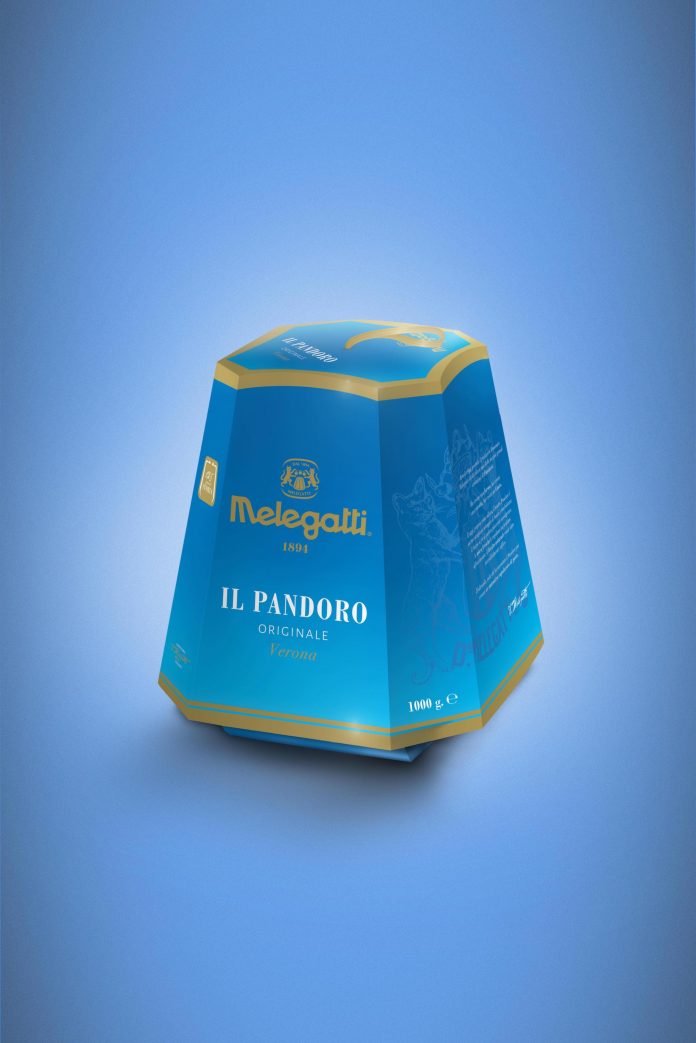 Verona, 9 October 2019 – Melegatti celebrates its birthday on 14 October and for the occasion it will return to TV featuring its famous Pandoro.

The company celebrates their 125 years of life on TV and digital, with a strong and impactful multi-subject advertising campaign centred on their inimitable Pandoro Originale, the symbol of Christmas tradition. The campaign will run on the main national television stations from early December and on digital throughout the Christmas period. Their return to advertising takes advantage of the contribution from the Armando Testa Group.

It was October 14, 1894 in Verona when pastry chef Domenico Melegatti patented the recipe, the name and the distinctive shape of the Pandoro. His creativity and originality were confirmed by what was then called the Certificatodi Privativa Industriale dal Ministero di Agricoltura, Industria e Commercio del Regno d’Italia.   (Industrial Privatization certificate from the Ministry of Agriculture, Industry and Commerce of the Kingdom of Italy).It was immediately clear to everyone that the Melegatti Original Pandoro would enjoy enormous success from then on.

Domenico Melegatti drew his inspiration from a very old Veronese tradition linked to Christmas, according to which on Christmas Eve the women would gather together in the kitchens of the courts to make the “levà”, a dough of flour, milk and yeast. He enriched the “levà” with butter and eggs, and invented and patented the Pandoro.
The original Pandoro Melegatti, in its unmistakable blue packaging, still remains unique in taste and softness, thanks to the quality of the ingredients and its famous mother yeast, jealously guarded and reinvigorated for 125 years.

Share
Facebook
Twitter
WhatsApp
Linkedin
Email
Back
Print
Previous articleFAI AND ARMANDO TESTA REMIND US THAT IF WE DON’T DO ANYTHING THERE’LL BE NOTHING LEFT.
Next articleVENTIS STARTS ADVERTISING AGAIN THANKS TO ARMANDO TESTA, WITH A NEW FILM FOR TV AND DIGITAL AND GRAPHIC REBRANDING. FOR A “TUTTA DA VIVERE” EXPERIENCE