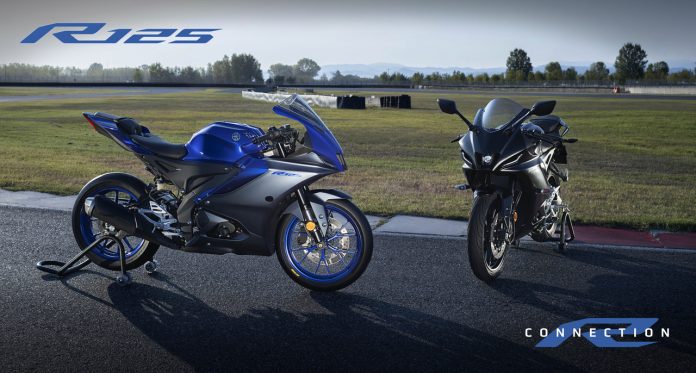 Yamaha Motor Europe has launched R125, the racing motorbike developed along the lines of the DNA of the Yamaha serie R.  The Armando Testa agency illustrates the R-World with an exciting, captivating video which uses the concept of connection to highlight all the passion for racing bikes: connection between who is riding a R125 and the bike itself, between the rider and track, the asphalt burning under the wheels and the rush of adrenaline giving unique thrills.

And what’s more also the connection between the riders and their big dreams, aspirations and great international competitions. Using a double voice over, two voices (a male and female) recite in unison what attracts them to the bike and the passion they share.

The campaign claim “R connection” focuses entirely on this irresistible magnetism and aims to establish R125 as a meeting point between two closely connected worlds. There are two variations of R125, for track and road. They provide a dynamic and engaging experience which embodies all the excitement for a younger target ready to put all their heart and power into overcoming personal limits, challenging time and obstacles. Thanks to the new integrated bluetooth system, connectivity plays an important role in the storytelling: an essential and innovative feature that lets riders record their own performance and improve it by pushing them to give their very best.

The creativity was entirely developed by Armando Testa.  Together with the in-house production company AT Studios they created an adrenaline filled passionate launch for Yamaha.