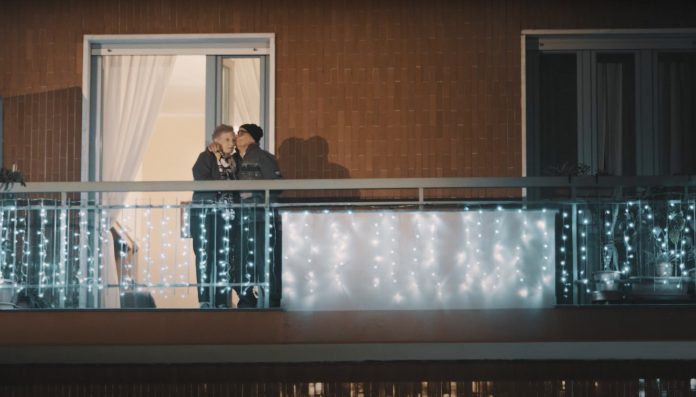 Armando Testa, Genovese and Ultimo together for a Supereroi Serenade

Armando Testa and director Paolo Genovese launch the Supereroi film for Medusa with an unforgettable serenade played by the singer-songwriter Ultimo.

Medusa Film has chosen Armando Testa’s creativity with its special, touching and unconventional operation to promote Supereroi, the new feature film by Paolo Genovese in cinemas from 23 December,

The launch campaign, created by the AT Branded Content team, features two exceptional stars, Paolo Genovese, director of the film, and the singer Ultimo, who composed the soundtrack.

On the occasion of the release of Supereroi, the singer-songwriter from Rome presented serenaded Domenico and Domenica with a serenade. This very special couple is one of the oldest and longest in Italy. He is almost 100, she a little younger, they have been married for 74 years and have shared not only a long life together, but also have same first name and surname.

With collaboration from their family and the mayor of Grugliasco, Ultimo surprised the platinum couple by appearing with a grand piano under their balcony and playing the Supereroi single for them to celebrate their great power, of having loved each other for a lifetime.

The operation, directed by Paolo Genovese himself, was a special gift for the couple and managed to surprise an entire neighbourhood. Just like in a film, the inhabitants found themselves singing along to the notes of Ultimo and becoming emotional seeing such love capable of defeating time, the same love that is the hero of the film Supereroi.

The video of the event was featured on the channels of the singer Ultimo and it immediately went viral, with 6 million views and tens of thousands of comments from users thrilled by the serenade in the first 48 hours.

“In a historical moment when it’s increasingly rare to find couples capable of loving each other for a whole lifetime, we searched every corner of Italy for true stories which could celebrate this superpower – say creative directors Jacopo Morini and Fabiano Pagliara – The story of Domenico and Domenica was the one that moved us the most. It is a love story that seems written by destiny: it began in the 30s with an “elopement” of two very young kids and today, respectively at the age of 100 and 91 years old, they’re celebrating their platinum anniversary. Who better than them could tell of a love that can defeat time? “

The digital campaign has been developed on all Medusa’s social channels – Facebook, Instagram, YouTube, Twitter and Linkedin – with a hero video and a set of assets adapted to the most popular formats: posts, stories and reels. A content-rich editorial plan has been devised and programmed to back up the launch and to create engagement with users and explain some trivia about the film. Media Italia handled the planning.

Share
Facebook
Twitter
WhatsApp
Linkedin
Email
Back
Print
Previous articleRISO GALLO AND ARMANDO TESTA PRESENT THE COMPLETE LINE-UP OF RICE FROM SUSTAINABLE AGRICULTURE
Next articleTescoma, Armando Testa and Little Bull Studios: when a fairy tale is a stroke of genius.