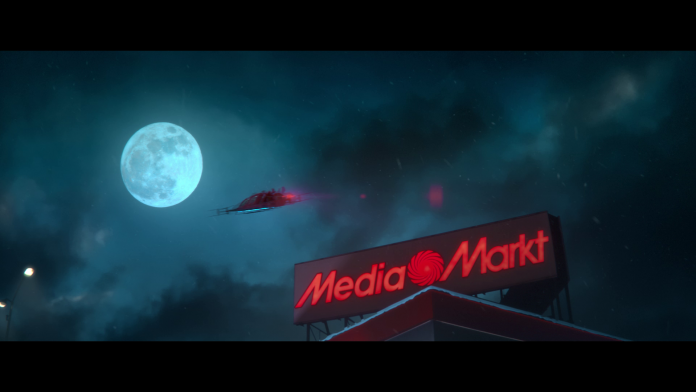 WITH MEDIAMARKT, EVEN SANTA CLAUS CAN FIND THE PERFECT GIFT! THE NEW FILM FOR EUROPE CREATED BY THE ARMANDO TESTA GROUP IS NOW ON AIR.

Christmas has arrived this year too, with its timeless magical atmosphere. But what’s changed is what we wish for, always more and more technological: this is where the new Christmas film for the German brand MediaMarkt starts off. Once again it was made by the Armando Testa Group, which is confirmed as the brand’s creative hub for communication in Europe. Regarding this, Giuseppe Cunetta, Chief Marketing & Digital Officer (CMDO) of MediaMarktSaturn Retail Group, talks about the campaign concept: “MediaMarkt is a place where unforgettable experiences are built, because it’s always succeeded in making technology easy and accessible for anyone. And when we say anyone, we really mean everyone even Santa Claus and his elf helpers! ”

The story starts off in a snow-covered Lapland, in a Santa Claus factory in a flurry of activity preparing for Christmas Eve. Everything seems to be working perfectly until a strange letter arrives that distresses Santa Claus, the top expert concerning surprises and gifts. Luckily, there’s a team of eager hi-tech elves and MediaMarkt’s timely advice to come to his aid.

The creativity was conceived from a pan-European perspective, and distributed in eight countries: Italy, Germany, Spain, Portugal, Switzerland, Poland, Belgium and the Netherlands. They were all won over by the exuberant and eccentric tone of voice that runs through every scene and that repeats the style of brand communication, which has now become iconic. Nicola Belli, managing director of the Armando Testa Group: “Being the Europe HUB for MediaMarkt is a great honour for the Armando Testa Group and is a beautiful signal for Italian creativity, able to be strategically flexible to satisfy different needs of different markets, but yet excite everyone in the same way. ”

This new Christmas chapter reworks the most important strategic elements of the MediaMarkt campaign, describing how the brand’s products – strictly M-shaped – can ensure whoever chooses them a worry-free technological life, even Santa Claus and his little helpers. The story is once more accompanied by the soundtrack What a Wonderful World in a version by Joey Ramone, rearranged for the occasion.

With this film, the collaboration between MediaMarkt and the Armando Testa Group continues,

the Armando Testa Studios were entrusted with the production and it was directed by Federico Brugia, whose individual style is clear in every frame.

The film was filmed in a 90” long cut to describe the personal consultation service offered by the brand, which means you can always find the perfect gift.

The subject was then adapted for cuts of 60”, 30” and 20” to meet the needs of all the countries that have decided to use the campaign. In addition, 15” ad hoc subjects were created to publicise with the same tone of voice other MediaMarkt services such as Delivery and Ready-to-Use. The concept was finally exploited with a rich digital campaign and social content designed for all the major social platforms, which MediaWorld Italia also chose for communication on its virtual channels.