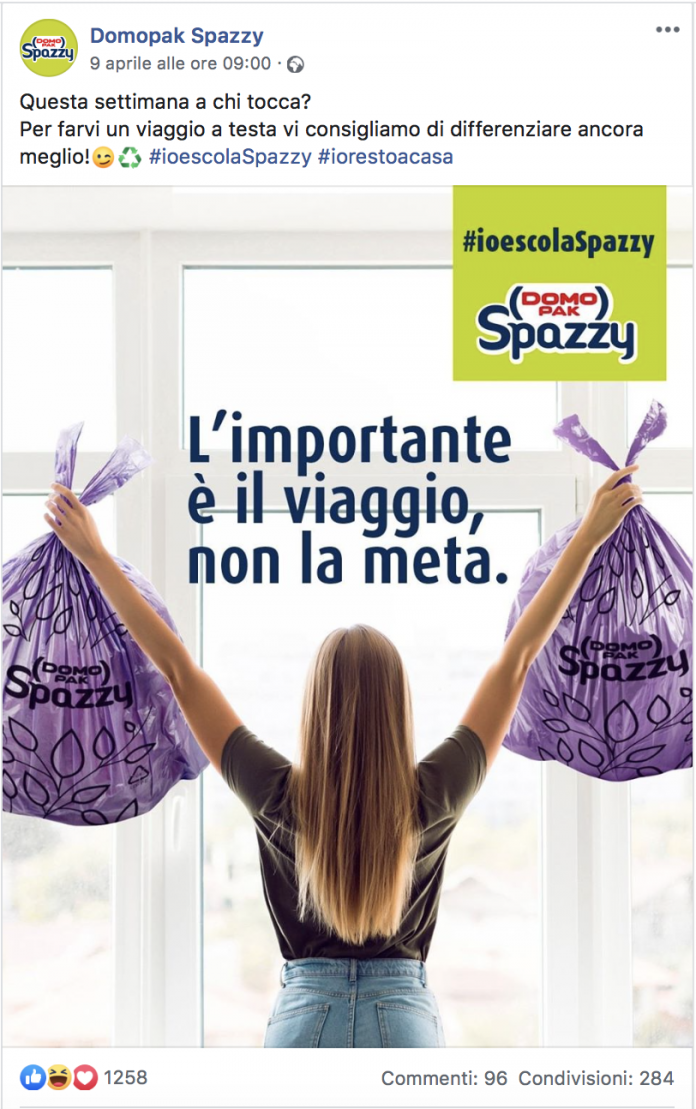 The new communication by Armando Testa for Domopak Spazzy garbage bags made 100% from post-consumer plastic is on air these days.

The campaign was created in 3D by the Little Bull studios and revolves around two hyperbolic metamorphoses, which describe in a very effective way, in just 15 ” that the ecological garbage bags are recycled from post-consumption, and they are also super-resistant.

In the spot, we see a friendly caterpillar made from a used plastic bag, which is transformed into a new butterfly-shaped bag, it takes flight and then is transformed again into another rhino-shaped bag to emphasise just how resistant it is.

The campaign has been developed ad hoc on social channels and is supported by ongoing editorial planning which maintains the same graphics and treatment, but gives greater information about the technological and sustainability features of the garbage bags.

And the hashtag #ioescolaSpazzy was also created for social media. This is a Real Time Marketing initiative that ironically celebrates one of the few activities people are allowed to undertake during compulsory isolation these days: the “trip” we make every day to throw away our rubbish.

Some memes were made for the operation and six travel influencers were involved who describe their preparation and the route they take to get to their trash bins just as if it was a trip and with the recommendation to always recycle correctly, because the environment doesn’t go into quarantine!

Share
Facebook
Twitter
WhatsApp
Linkedin
Email
Back
Print
Previous articleINTESTA, TOGETHER WITH UNIPOL GROUP, TOGETHER WITH THE COUNTRY
Next articleTHE #HUMANSPIRIT NETWORK FROM AMARO MONTENEGRO BRINGS ITALY TOGETHER WITH ARMANDO TESTA