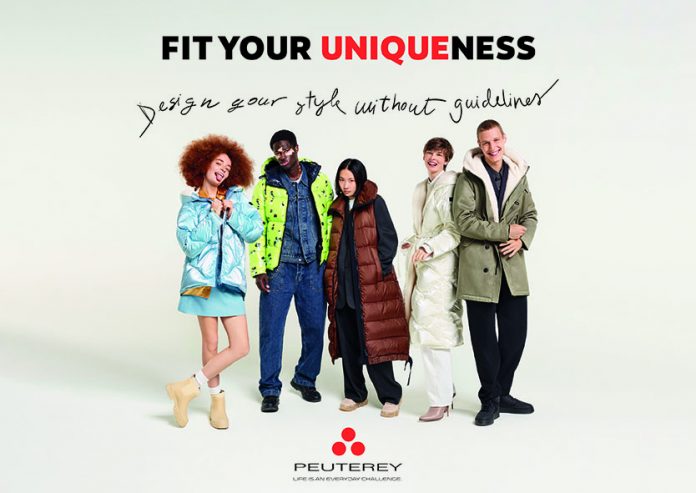 “Fit your uniqueness”: Peuterey celebrates everyone’s uniqueness with their F/W 2022/23 collection, star of the campaign created by Armando Testa

“Fit your Uniqueness” is an invitation to accept yourself, like yourself and love yourself.

“Fit your Uniqueness” means deciding to feel good about yourself, to proudly show your own identity and what makes you exceptional.

This is the underlying concept of the Peuterey’s new 2022 advertising campaign created by Armando Testa.

The goal of the creative project is to convey the every more pressing need to express ourselves without fear, limits or set conventions, to embrace all the characteristics that contribute so many meanings to everyone’s personality, to take control of our lives again after all the challenges we’ve faced in recent years.

Peuterey is a premium outerwear brand that has always focused on people and their real needs. It is responding to this desire by giving a first hand account of its own uniqueness by showing its products and telling the stories of the people wearing them.

“Fit Your Uniqueness” is the claim and like a common thread it defines the new FW/2022 campaign created by Armando Testa and shot by photographer Andy Massaccesi.

This phrase forms the basis of the integrated campaign which means uniqueness can be represented in all its forms with a narrative bridging digital and treatment encompassing the heritage of the brand, with reference also to tailoring and the human touch, thanks also to the graphic use of a handwriting technique: lots of different styles of writing all done by hand express the essence of each of the protagonists.

People who wear Peuterey can be identified immediately because of their passion, their self-confidence, romanticism and creativity, but also the freedom of their imagination and ability to dream, for their pride in wearing something that makes them unique, like Peuterey garments that bring out the essence of everyone.

Developed for the press, outdoor, digital video and social media, the Peuterey campaign “Fit your uniqueness” has been on air since 15 August and will be developed internationally from September until the end of the year.