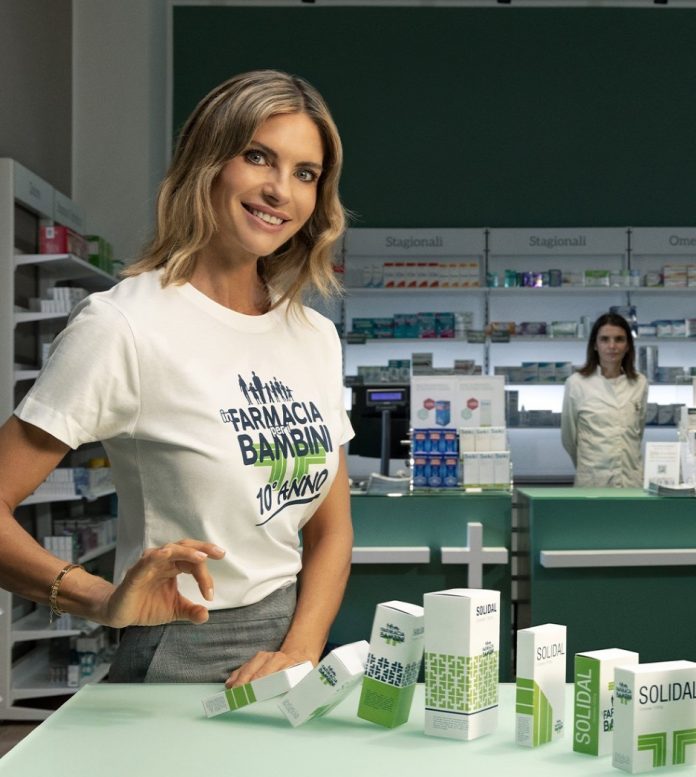 Fondazione Rava sets off a chain of solidarity together with Armando Testa and Martina Colombari.

This year too, the Armando Testa agency is offering pro bono support for the initiative In Farmacia per i bambini. (In pharmacies for kids) Now in its tenth year, this activity is promoted by the non-profit organisation Fondazione Francesca Rava-NPH to raise awareness of the rights of children and collect OTC medicines, baby food as well as paediatric products for kids suffering from health poverty.

This year, the foundation is inviting people to donate medicines from November 18 to 25. Over time they have achieved extraordinary results, which prompted the agency and the Foundation to organise this virtuous circle once again.

Literally a circle since the TV spot features a domino chain of medicines, a real chain of solidarity reaching out everywhere, spreading help. The exceptional testimonial of the initiative is once again Martina Colombari, who has always furthered the work of the Foundation.

The campaign will be developed for TV, press, social media and radio.

The ad was shot by an excellent team who offered their help to the Fondazione pro bono, including the director Federico Cambria, DOP Eleonora Castiello and production company Akita.

Shots for the press campaign by photographer Lorenzo Palizzolo.

Shot on location in the Ambreck pharmacy in Milan.