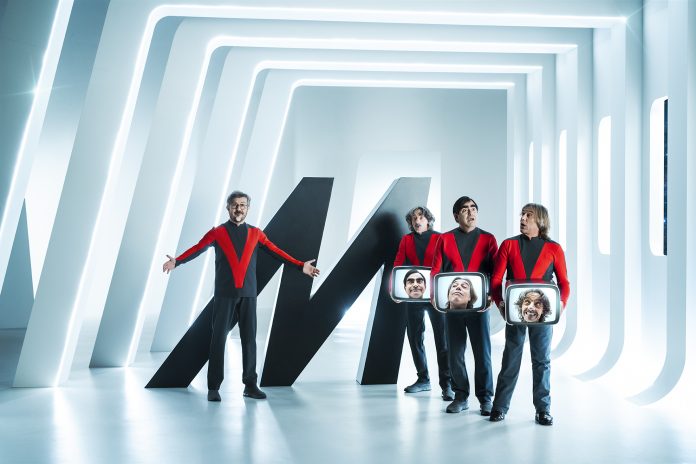 MediaWorld’s Black Friday is back and throughout the month of November customers can see it as they discover the future with unmissable offers and exceptional discounts.

Milan, 2 November 2021 – Black Friday is now an appointment not to be missed on the Italian calendar, especially because it opens the doors to the Christmas shopping period. It has been calculated that 3 out of 4 Italians, or 75% of the population, intend to go shopping at this time of year, taking advantage of discounts. In our country, it’s been estimated that € 200 per person will be spent on household appliances and € 170 on electronics. Online is the favourite shopping channel, above all for electronic products and games.

This emerged from a research study by YouGov, conducted exclusively for MediaWorld, leader in Italy in the distribution of electronics and part of the international MediaMarktSaturn Retail Group. Today they are announcing the launch of their famous Black Friday, a whole month of offers at bargain prices for all the best technology.

Against this background MediaWorld is announcing the new TV and radio campaign “Black Friday even further ahead” conceived and developed together with the Armando Testa Group. After the success of the 2020 campaign, it once again stars Elio e le Storie Tese.  Like MediaWorld, they have always been ahead of everything and they personify a desire to look to the future and anticipate trends.

This is the strategic idea that inspired the creativity of the Black Friday even further ahead campaign where we see the M of MediaWorld transformed into a real time machine that transports Elio e Le Storie Tese straight into the future. MediaWorld has actually been taking Italians into the future for 30 years: thanks to their cutting-edge technologies, ever new products and the skills of their people, the company contributes to spreading a culture of innovation throughout the country.

The advertising campaign started on Sunday 31 October and features four artists struggling with different futuristic scenarios. During the campaign, which will develop in different ways throughout November, Elio e Le Storie Tese will grasp first-hand just how far ahead MediaWorld’s Black Friday is, as they experience a range of futuristic adventures always in an ironic way and in line with the vision of transforming technology into an extraordinary experience.

“Ciao, ElioeleStorieTese here, we’re that nice little band, back again this year. MediaWorld chose us to work together with them for Black Friday and let us make our dreams come true:  travelling into the future! A great choice, as demonstrated in a recent research study by the Music Research Institute of Kansas, which reveals that ElioeleStorieTese are the ideal heralds of the near future and also the distant future” comment Elio e le Storie Tese.

“MediaWorld’s Black Friday has now become an unmissable event for our customers and for all Italians, when we offer the best promotions to buy new technologies”, explains Luca Bradaschia, CEO of MediaWorld Italy. “We are happy to announce the new campaign, for all of November it will remind customers of our commitment to bring Italians into the future, thanks to technological and digital innovation, in both our physical and online stores”.

Black Friday is a promotional period when all messages seem routine and similar. That’s why we decided to focus on the main Unique Selling Proposition of MediaWorld’s Black Friday: MediaWorld itself! It is the brand that has always represented forward thinking in terms of technology and services, and so it can guarantee a Black Friday that’s incomparable to any other” comments Nicola Belli, CEO of the Armando Testa Group.

The TV and RADIO campaign, planned in collaboration with Dentsu Media Aegis, will be on air until Monday 29 November on the major television and radio stations, covering the entire day and in particular prime time (for TV) and the drive time (for RADIO). The TV commercials have 30″ and 15″ cuts, while those for RADIO are 20″.

The campaign will also have a strong presence on digital channels, both proprietary and external. The group’s performances were enabled for digital with a style in line with the ATL campaign but, at the same time, specific for these channels to entertain the online community and make the Black Friday promotions truly irresistible in the eyes of a wider audience. Media planning on digital touchpoints is by Mediaplus (also part of the SERVICEPLAN group) and extends from vertical sites on the tech world to national newspapers with rich media formats, obviously also including programmatic, the main social networks, YouTube and also alternative channels with the creation of dedicated content, such as Spotify and TikTok. On social media, editorial planning was defined including original content collated by Plan.net. All the graphics for the digital touchpoints were developed and reworked by Id-Entity to better adapt to the special features of the different means of communication, including the mediaworld.it website, newsletters and banners for external campaigns.

Finally, throughout November, a train on Milan’s Metro 5 – the most technological and innovative in the city since it’s completely automated and driverless – will be completely branded with MediaWorld’s “Black Friday even further ahead”.

Share
Facebook
Twitter
WhatsApp
Linkedin
Email
Back
Print
Previous articleMediamarkt’s iconic M is back with a second chapter of the european campaign, dedicated to services. Created by the Armando Testa Group.
Next articleHeaven chooses Armando Testa to launch its fresh sip of oats.