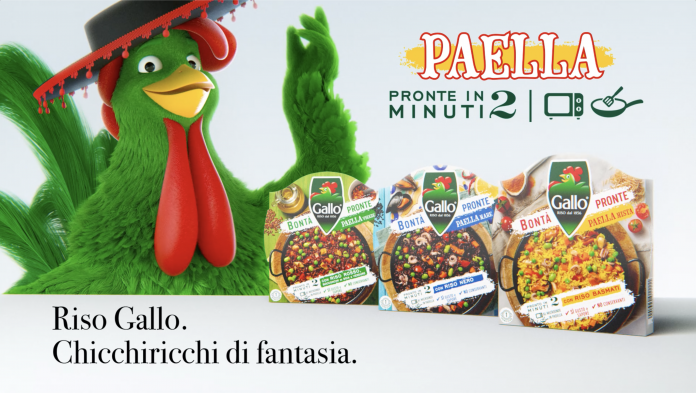 A new edition of the Bontà Pronte ad by Armando Testa has been on air since 25 July on Mediaset, Cairo, Discovery and Sky channels. It also features a teaser dedicated to the latest addition to the Riso Gallo specialties: the new Paella ready two minutes. The film is airing in cuts of 20 “and 10”.

The spot was created with a combination of 3D animation and live action. Scenes fly by fast and merrily to the rhythm of a lively jingle based on an updated version of the can-can, with lyrics describing the characteristics of the product: three brand new recipes based on Spanish dishes, made with coloured rice and reworked in an Italian style.

In the final part the rooster bursts onto the scene in his own cheerful lively way. Wearing a flamenco dancer’s hat and, with a Spanish accent, he presents his latest creation: Paella ready in two minutes, a new delicacy from the Bontà Pronte line.

Animation of the Rooster: H7-25 Studio