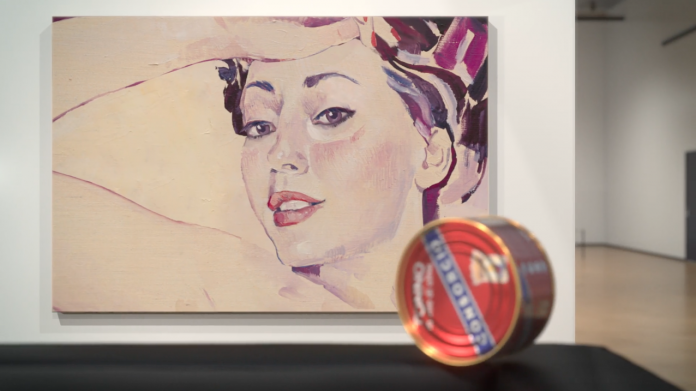 Tonno Consorcio is back on TV with Armando Testa. And even art turns to take a look

The collaboration continues between Consorcio, the prized Cantabrico tuna, and the Armando Testa agency, which has been managing its communication for years. The positioning “Artisti del gusto” (Artists of taste) was launched a year ago with a commercial featuring the iconic red and blue tin “framed” by a sequence of picture frames and backgrounds creating an almost hypnotic effect, and it continues this year, set in the rooms of an art gallery, among classical and contemporary works of art.

The film airs from 10 June in cuts of 15 “and 10”, on TV and the web. It the art works coming to life, fired up with longing as Tonno Consorcio passes by: a statue sacrifices a kiss to turn and admire the tuna, a neon lights up with amazement, the sleeping woman in a portrait wakes up as the tin passes by: “Such unique tuna that it’s impossible not to long for it.”

Tonno Consorcio goes through room after room in the art gallery, and when even the marble loses its chill and immobility, it’s clear that something truly extraordinary is happening.

The film was shot entirely in 3D CGI, and the production involved Little Bull Studios, the production company of Armando Testa, and a team of talents able to perfectly create not only naturalness and realism, but also special interactive chemistry among all the characters in the story, endowing life and soul to paintings and apparently static solid statues.