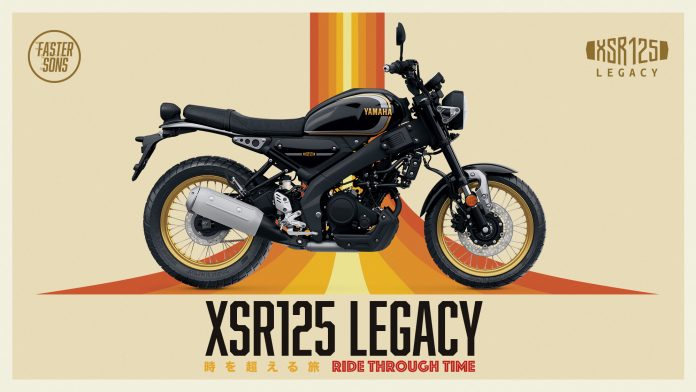 Yamaha Motor Europe and Armando Testa present a new thrilling chapter in the story of Yamaha Sport Heritage. The star is the new XSR125 Legacy with wire-spoke wheels, a design innovation that respects the full spirit of Faster Sons, and is a perfect blend of vintage inspiration and contemporary vision.

The “Ride through Time”campaign is dedicated to petrol heads who still find inpiration in the unforgettable  mellow Sixties, a era when the legendary  spoke wheels dominated the scene. In this story the spoke wheels are not just a tribute to those times, but also reveal a state of mind: of people who are still looking for the complete sound of vinyl and the rough feeling of film. People who have always been torn between heritage and performance and now finally with the  XSR125 Legacy they can relive the spirit of an entire generation at 360 degrees.

The online video for digital and social media use, the print and catalogue pictures are the result of lengthy collaboration between the Japanese brand and the historial Italian advertising agency Armando Testa, which handled both the development of the creative concept as well as the XSR125 Legacy naming and international production, filmed in Lisbon with  AT-Studios, the in-house production company of the Group.