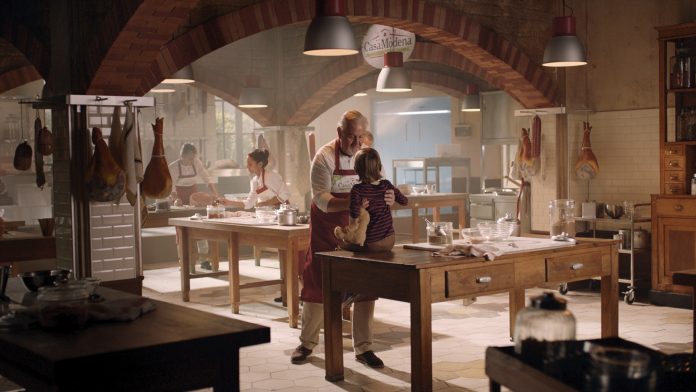 The new spot, airing on all national networks in cuts of 30 ”, 20 ” and 15 ”,  introduces the new top-quality cooked ham from the Maestri nei Salumi. What makes it special is its intense, melt-in-the-mouth flavour, the result of respecting the natural rhythms of traditional practices.

The film was conceived by the Armando Testa Group and shot with FilmGood. It describes to a child how Gran Tenerone is created and even credits the little kid with giving it its name.

The idea of ​​the film is to highlight the value of the product, its tenderness, giving it an emotional as well as a healthy connotation.

In addition, this film also strengthens the format with the farmhouse, which was already used in previous films.

The different cuts were conceived for linear TV, video on demand and pre-roll web.

Share
Facebook
Twitter
WhatsApp
Linkedin
Email
Back
Print
Previous articleA BETTER FUTURE IS THE CHALLENGE OF PEUTEREY AND ARMANDO TESTA
Next articleTENERONI AND PARMAREGGIO TOGETHER FOR THE TASTIEST, MOST FUN AND MOST APPRECIATED SNACK IN ITALY. CAMPAIGN CREATED BY THE ARMANDO TESTA GROUP