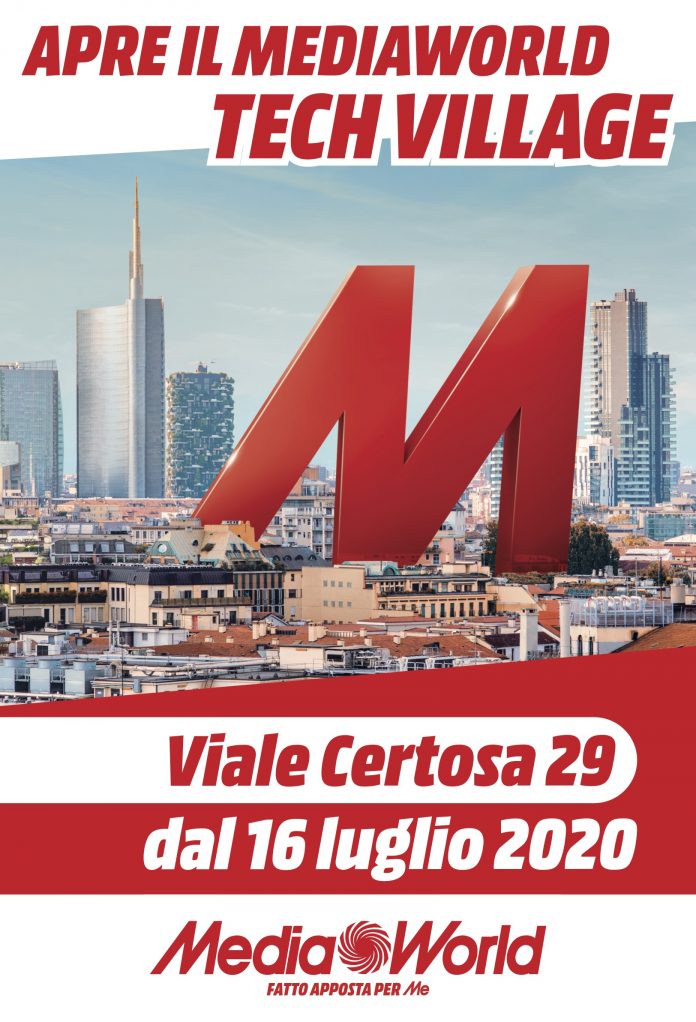 MediaWorld Tech Village has been inaugurated today. The MediaWorld store in viale Certosa 29, Milan has been completely renovated to become the first tech village in the world. The Armando Testa Group developed the creativity to announce this important launch. In line with a strategy that has been pursued for over a year, it plays on the “M” of MediaWorld, transforming it once again into the symbol to identify the brand and the values it represents.

With the village, the brand has become part of the Milanese skyline: in a prominent position, right next to some of the most innovative buildings in the city. And that’s precisely the message that the campaign wants to convey: the MediaWorld Tech Village is not just another MediaWorld store, but a new technological shopping experience.

A store where the most important brands in the world can be displayed in space which represents them, and where MediaWorld allows all its customers to take advantage of its expertise, so that everyone can find the technology made just for them.

The campaign is on air on traditional and digital outdoor, print and the web.