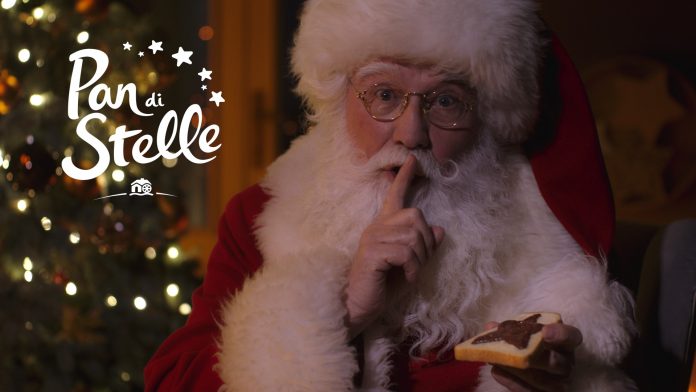 ONLY IF YOU FOLLOW THE STARS DOES CHRISTMAS COME! PAN DI STELLE WISHES YOU HAPPY HOLIDAYS WITH THE MOST STELLAR OF CREAMS.

As per the best tradition, at Christmas you have to follow the stars. Pan di Stelle and Armando Testa use a little fairy tale to explain this with the most famous and authoritative testimonial you could wish for at Christmas: the true, authentic, unique Santa Claus.

He’s happy to have accepted: after all, only the brand that knows to perfection the magical power of the stars could tell such a fairy tale. On board his reindeer sleigh, illustrated in the first part of the film with the magical and dreamy style so typical of the Pan di Stelle campaign, Santa Claus chases a star that loves to play hide and seek, but can be discovered and then identify the best fireplace to shoot down: the one where there is an irresistible slice of bread with a delicious creamy star awaiting for him.

“When you follow the stars dreams do come true”, and the protagonist in the drawing does indeed turn into Santa Claus in flesh, belly and beard. And as soon as he “lands” on a cosy armchair next to a lit up Christmas tree, he can’t wait to enjoy his favourite cream, the only one worth crossing the sky for. Sssshhh! Don’t disturb him, and don’t reveal his secret!

PS: Santa Claus is obviously due in the night between 24 and 25 December in all houses, but he’s asked if he can take some extra to enjoy a little more cream, let’s hope he won’t be late!

Share
Facebook
Twitter
WhatsApp
Linkedin
Email
Back
Print
Previous articleTESORI D’ORIENTE AND ARMANDO TESTA INVITE YOU TO REDISCOVER HOW PRECIOUS TIME FOR YOURSELF IS.
Next articleGOODNIGHT TO FLU SYMPTOMS FROM TACHINOTTE AND ARMANDO TESTA.