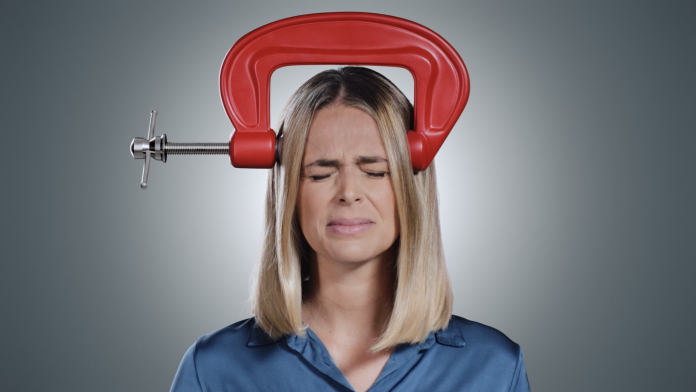 Momentact has returned to communication.  This is the solution from the Moment range that quickly frees you from severe headaches, symbolically represented by the  famous, iconic red clamp that doesn’t let go easily.

The ad, on air from 18 September on the main television stations and on the web in 20s format, was created by the Armando Testa agency, the historical partner of the Moment brand and Angelini Pharma.

The film focuses on severe headaches represented by the big red clamp that tightens its grip on the temples of the young protagonist, whose expression conveys her growing pain. Until Momentact arrives, which frees her from the clamp and pain. The 3D demo shows us in detail the latest addition to the line, Momentact in liquid form, and highlights its distinctive pluses: ready to drink and easy to swallow. So, the invitation is to act quickly because, you know, good times can’t wait! Indeed, after the end of the demo, we see the woman again, finally relaxing and smiling and as she spends a carefree moment with one of her friends, taking a nice selfie to remember it by. The film ends with the presentation of the entire range, tablets, soft capsules and liquid formula, which lets everyone choose the Momentact that suits them best.

The film was directly in a fresh way with lots of empathy by Nico Malaspina, and produced by the Armando Testa Studios.