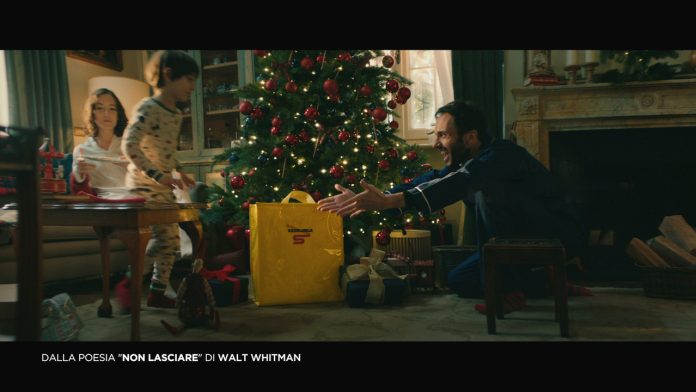 “THIS YEAR MORE THAN EVERr, BEST WISHES FROM ESSELUNGA”. A CHRISTMAS MESSAGE WITH WORDS FROM WALT WHITMAN FOR ALL ITALIANS

This is such a longed-for Christmas, after all the trying difficult months which  have made us realise the value of small things, so Esselunga along with Armando Testa decided to send a special message to Italians. A message with an invitation to make your dreams grow every day and to love the beauty of simple things. The message sums up the essence and the sincerity in the final wish from Esselunga, this year more than ever.

The video is accompanied by a text taken from the poem “Do Not Let” (Non lasciare) by Walt Whitman, and it tells the delicate and moving story of a little boy who, with the magic help from Esselunga’s big yellow shopping bag, bakes biscuits for his parents at midnight on Christmas eve. Art director Barbara Ghiotti and copy Sara Greco worked on the creative concept with creative direction from Michele Mariani. The film, made thanks to the painstaking direction from Federico Brugia, is able to turn even the smallest gesture into something extraordinary. The choice of music was also important (“Have Yourself a Merry Little Christmas” in a moving cover by Hem) which, coupled with the words of the poem, hopes all Italians can enjoy “A merry little Christmas” finding peace and tranquillity in simple everyday things.

The campaign involved the Armando Testa team that works for the Esselunga client and it was produced by Little Bull Studios, while media planning was handled by Media Italia.

As well as television where it is on air from Wednesday 9 December on all main channels, the project is also developed for all digital platforms.

At the same time Esselunga’s traditional Christmas competition is also running outdoor, in the press on radio and digital. This year the focus is on something concrete, offering 200 prepaid cards for a year’s shopping as well as lots of other prizes.

Music: Hem – “Have Yourself a Merry Little Christmas”