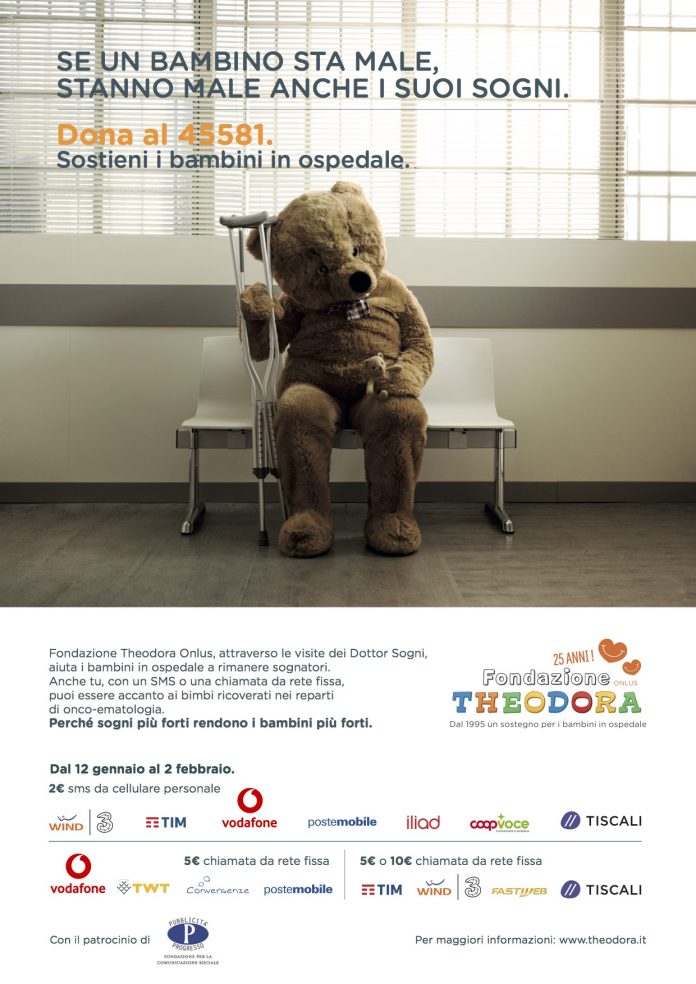 WITH ARMANDO TESTA AND FONDAZIONE THEODORA, CHILDREN’S DREAMS GET BACK ON THEIR FEET!

If a child is unwell, then his or her dreams are unwell too. And just like young patients, dreams too need a doctor to take care of them.

This is the mission of the non-profit Fondazione Theodora, and it is also the idea behind the new communication campaign created by Armando Testa.

The film features the classical waiting room in a doctor’s practice, where the sick waiting their turn here are really rather unusual: a princess, a superhero, an astronaut, a pirate…

Luckily, there is a special doctor who can take care of their problems, Doctor Sogni, thanks to his training he is able to make dreams stronger and – as a result – kids too.

With creative direction from Michele Mariani, art director Laura Sironi and copywriter Marta Agostini, the campaign will be on air from 12 January with the goal of supporting fund raising for the non-profit Theodora. With the activities of Doctor Sogni this foundation has been bringing moments of fun, attention and smiles to young patients and their families for twenty-five years.

The Armando Testa agency firmly believes in the value of the work done by Theodora and, together with the production company BRW and director Matteo Sironi, offered its contribution pro bono to help the Foundation communicate better its activities and explain how much more can still be done for sick children. Because stronger dreams make stronger children.